Posted at 18:35h in Uncategorized by Justin Knepp 0 Comments

For the most part, the craft beer industry is about working together to chip away at the market share of the large breweries in America, while at the same time educating consumers that there is more out there to choose than automated beers with names that end in -ight or -ite.

Opposition Proceedings
Companies that keep an eye on current trademark filings at the United States Patent and Trademark Office can enforce their trademark by filing an opposition proceeding. This is an informal legal proceeding where one party seeks to prevent a pending trademark application from being granted registration.

Earlier this year, a great example of an opposition proceeding in the craft brew space played out between Red Bull and Old Ox Brewery.  Red Bull filed an opposition claiming that the Old Ox Brewery trademark included the name “Ox” which falls within the same class of “bovine” animals and are virtually indistinguishable to most consumers. Let’s consider this in the context for which most of us would encounter both drinks.

The above shows a picture of the popular Red Bull can and a pint glass with the Old Ox Brewery logo on it. Do you see the resemblance? At first glance I did not. But in trademark law, more weight may be given to a dominant portion of a mark.  As it appears on the pint glass, the Old Ox logo is dominated by a stylized “OX,” which does arguably give the commercial impression of a bovine animal.  That is, I do think of a bull-like animal when I see or hear the word, “ox.”

On the other hand, trademark law also requires a comparison of each mark in their entireties and within the context of how they are marketed. Even though I do think of a bull-like animal when I see the Old Ox logo, I know there is a difference between an ox and a bull.  I also see the word, “brewery,” and know that Red Bull does not sell beer.  I’ve also never seen Red Bull use a blue “X” in their logo.  Thus, even though one can argue that oxen and bulls are both bovines, I think it’s a stretch to say consumers would be confused as to which company sells which product just because “Ox” is used on a pint of beer.

Trademark enforcement like this is rather common. Red Bull saw Old Ox’s intent-to-use application and decided that for $300 (the governmental filing fee for opposing  a trademark application) they wanted Old Ox to either abandon their mark or set expectations with Old Ox going forward on the use of Old Ox’s trademark.  When we represent clients in these matters, it is usually the goal to help negotiate some sort of coexistence agreement rather than abandon a mark and forfeit goodwill already earned, as well as money spent on design and marketing.

Similarly, Red Bull and Old Ox worked towards such an agreement. Old Ox offered to never produce energy drinks (similar to the agreement Red Bull came to with the UK brewery Redwell), but they did not want to restrict themselves from making soda (or pop as we call it in the Region). Red Bull claimed that the potential use of the mark in connection with soda could cause confusion in the public and further pushed that Old Ox not use the mark in connection with soda or with the color red, blue or silver.

Old Ox’s response to Red Bull was rather interesting. Rather than handle the issue in a court of law, Old Ox decided to write a “peace offering” to Red Bull on its website and take the issue to the court of public opinion. This letter caught the attention of Old Ox fans, and within days there was an article on the Washington Post’s website. Red Bull then released a statement that they were not suing Old Ox (which was true) but rather enforcing a mark that they had worked hard to build (also true).

It’s unclear how this may end, but it will hopefully include Red Bull and Old Ox coming to a meeting of the minds over the issue so a smaller craft brewery is not forced to spend money rebranding that they could otherwise be spending on developing new beers for us to try.  I suspect Old Ox may sign an agreement essentially promising not to produce energy drinks associated with the Old Ox name.

Therefore, there are three takeaways from this particular opposition proceeding.  First, be mindful of how you choose your company’s trademarks.  Always consider other variations and conduct some type of trademark clearance search.  Second, be careful how you choose to enforce your company’s trademarks.  Consideration must be given to how the general public may perceive your tactics because the consuming public enjoys bashing a “corporate bully,” especially on social media.  Third, and most importantly, brush up on your taxonomy before picking an animal based trademark.

In our next post we will discuss other enforcement options like cancellation proceedings, litigation, direct communication, social media procedures, and interestingly enough, collaboration. 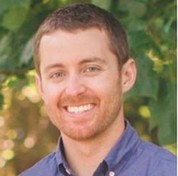 Travis Stegemoller works at Gutwein Law in the Indianapolis office. Travis focuses his legal practice on trademark law and franchise law. Travis graduated from Purdue University and from Valparaiso University School of Law. 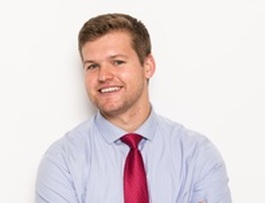 Corben Lee works at Gutwein Law with offices in Lafayette and Indianapolis. Corben focuses on business law and has experience working with startup companies. Corben graduated from Purdue University with a degree in Management and from Notre Dame Law School.